This performance is mainly focused on the creation of a void between two characters. Two animals. Two figures. Two drawings. The first. Red. The Rooster. The second. White. The Scorpion.

Two natures that are reflected in their expression, in their behaviour, in their movement.

It seems there is a vague, remote reference to "cartoons", to "animation". From time to time it is possible to listen to broken voices, moved by an agony. Might these voices be fragments of cartoons that are deposited in our memory?

The Rooster’s movement is haughty; it surveys and observes the area as if it were the keeper of a mystery. The Scorpion's movement is the precise, certain and mental stillness of the one who is in a standstill before attacking. There is an intangible, indescribable and arcane elegance.

The red of the Rooster, its colour becomes its movement. The white of the Scorpion, its suspension becomes its voice. The black of the playing area becomes the time of a void relation. 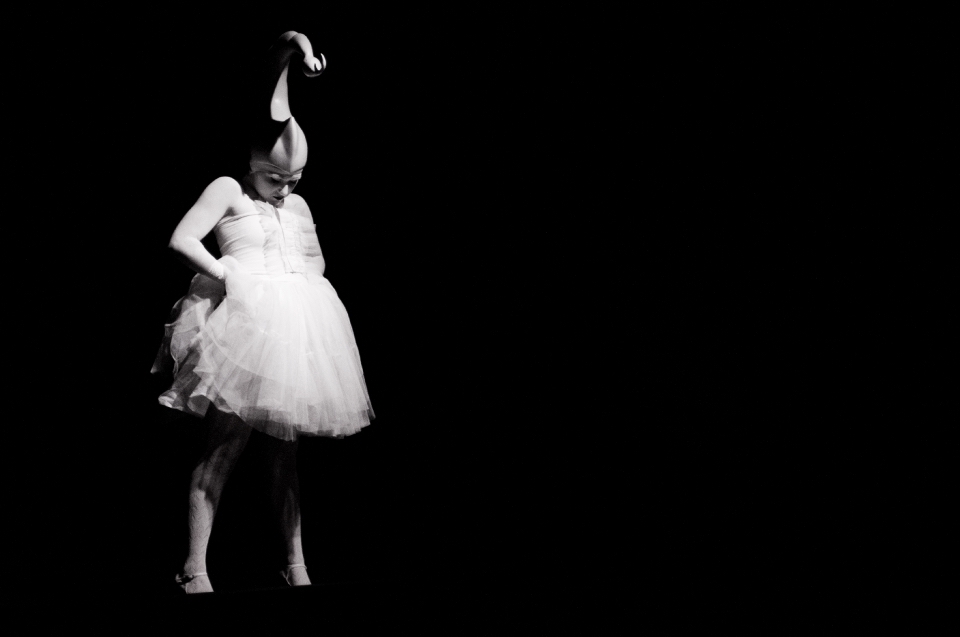 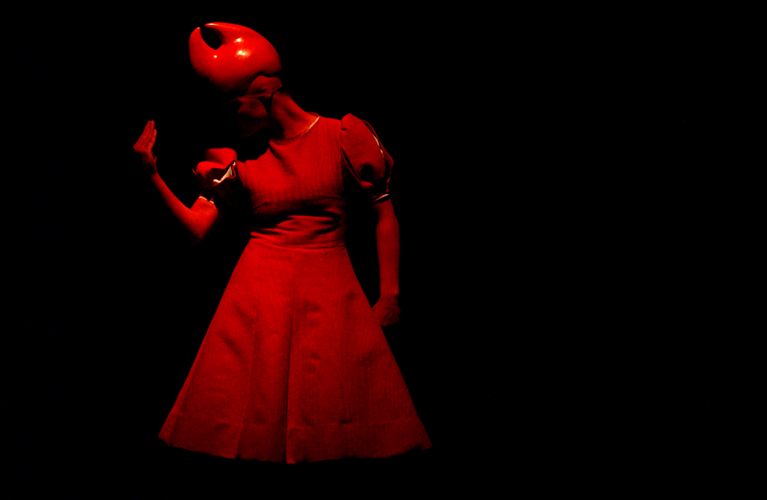